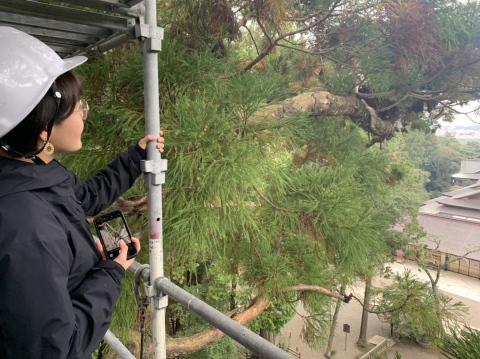 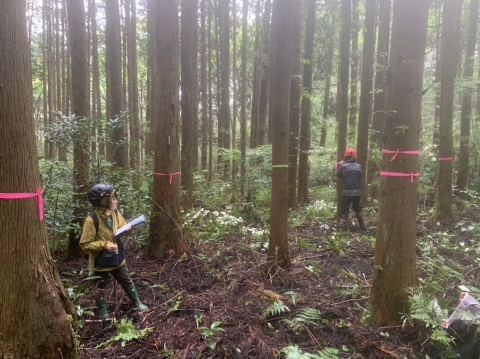 ライフイノベーション学位プログラム Meryem Bouhoute
Satoyama landscape represents people’s life harmonized with nature. The Japanese concept of Satoyama landscape is very unique and mirrors the culture link between people and nature. Katsuragi and Susomi biodiversity reflects an important contrast between urban area and mountain area where the animal population decreases due to human activity. Fortunately, (NPO) Tsukuba Environment Forum (TEF) is working day and night to track and conserve the nature and the biodiversity of these two ecosystems. I had the chance to work with the NPO for one full month, during the COVID-19 pandemic, I never thought I can be able to conduct my internship and get my full credits. But with the help of my professors and the NPO managers they provided me with the perfect work that can be realized in such circumstances. I am very grateful to every one of them.

Cameras are one of the greatest tools that I had the chance to work with.

The job started with rebuilding the data base of the camera traps that were recorded between 2015 and 2019 by the students enrolled in the field practice of terrestrial ecosystem. This records were saved with different naming styles or some mistakes. Some records unfortunately did not contain the camera reference number anymore. My task was to assemble those files more simply and divide them in the best manner possible. I started with separating the years of recordings then the recordings of Katsuragi and Susomi, then every camera number within the monitored site. Finally, the naming of each and every video of recording were renamed in the same way. The total number of recordings in Katsuragi was 149 and the total number of recording in Susomi was 957. Therefore, 1106 recordings were name checked and modified accordingly in 8 working days.

After the renaming of the files I analyzed the data, so I used the skills I learned during the field practice and I counted all the recordings according the name of the species and the type of land that it was recorded in. The counting of the species took almost 4 working days. Finally after counting the number of recordings we moved to analyzing them thoroughly. The main way that was to analyze the data was by comparing the records within the years, within the species and within the areas where the recorded were made (Katsuragi, Susomi). This work took almost 4 working days to realize. Finally now that we have our data and their respective analysis I moved to preparing the presentation of the end of the internship, we reported about, what is Satoyama ecosystem and described the working sites in Tsukuba: Katsuragi and Susomi. The first analysis of the records was regarding Katsuragi, I analyzed the total records registered in each year (2016 – 2019) and reported about the abundance and the diversity. The same analysis we did also for the number of mammals (abundance, diversity), birds and exotic species. Finally we looked at the most represented species and that was Usagi, Kojyukei and Kakesu. Similarly, we analyzed the data of Susomi, the total records were useful to compare the data in each year (2015 – 2019) regarding the abundance and the diversity. We distinguished later on the mammals records, birds records and the exotic species records . Later on we focused on the more represented species in Susomi and it was related to Inoshishi, Usagi, Tanuki, Hakubishin, Araiguma. Finally, we made one last comparison between Susomi and Katsuragi regarding the diversity and abundance of the species. The analyzed data was used and presented during the Green Infrastructure Network Japan 2020 conference. 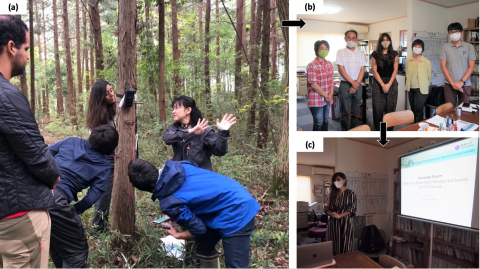